Would you drive down this road?...

Would you drive down this road?...

Could  you drive down a street painted like  this?
Scroll  down 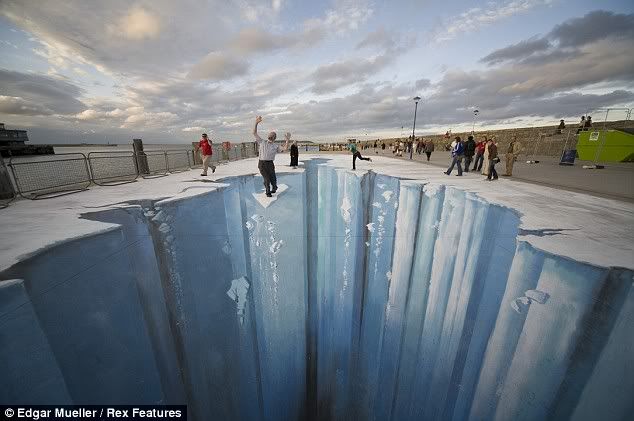 Great  Crevase Edgar Mueller.  Hard work: Together  with up to five assistants,
Mueller painted all day long from  sunrise to sunset.  The picture appeared on  the
East  Pier in Dun Laoghaire , Ireland , as part of the town's  Festival of World Cultures 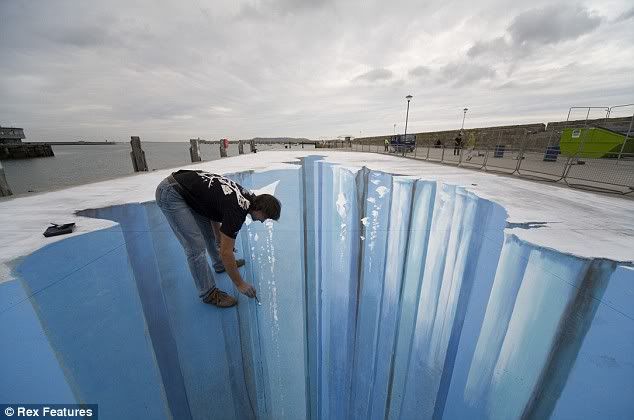 He  spent five days, working 12 hours a day, to create the  250 square metre image of the  crevasse, which, viewed  from the correct angle, appears to be 3D. He then  persuaded passers-by to  complete the illusion by pretending the  gaping hole was real.
'I wanted to play with  positives and negatives to encourage people to think  twice about everything.  They see,' he  said.  'It was a very scary scene, but when people  saw it they had great fun playing  on it and pretending to fall into the  earth.  'I like to think that later, when they  returned home, they might reflect more on  what a frightening scenario it was and say, "Wow, that  was actually pretty  scary"..' 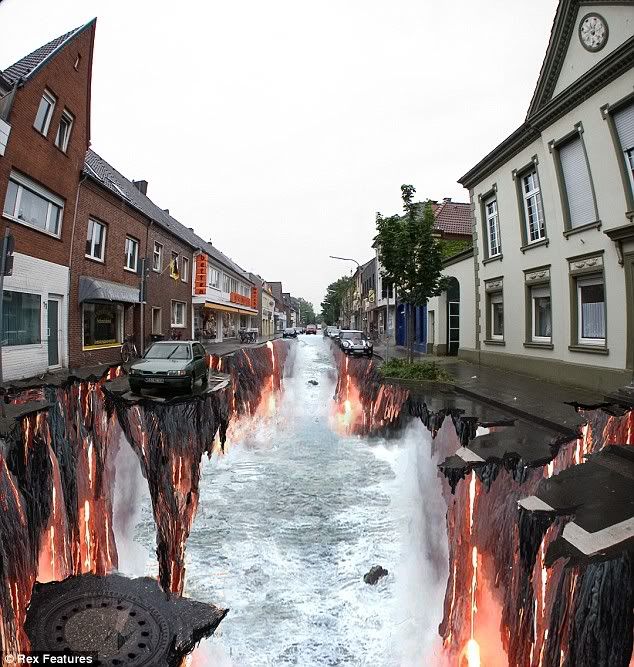 Mueller, who has previously  painted a giant waterfall in Canada , said he was  inspired by the British 'Pavement
Picasso' Julian  Beever, whose dramatic but more gentle 3D street images  have featured in the Daily  Mail 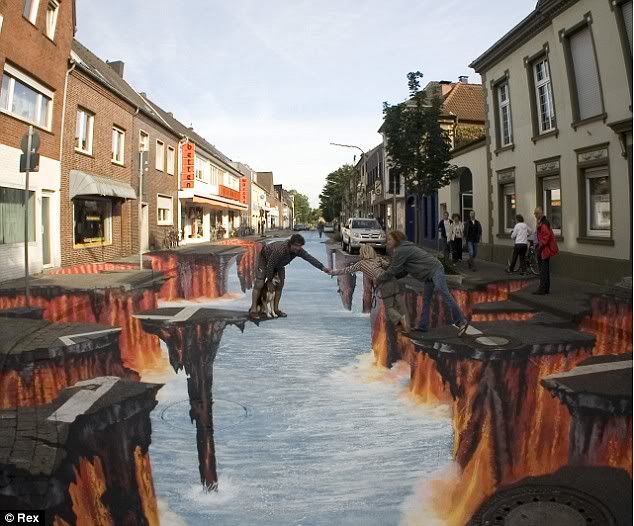 This  guy is amazing  no matter how  you look at it!
_________________
There is no direct experience of reality without interpretation; and all interpretation is distorted by the cultural and personal prejudices or prejudgements of the interpreter.

that looks so real, I would slam on my brakes (-:

Number of posts : 757
Age : 64
Location : Phoenix, Arizona
Hobbies : Living
Tell us about yourself : I feel at peace outdoors, listening to nature, the birds to the bubbling creek, recharges my soul.
Appreciation Points : 1030
Registration date : 2009-01-10