There are two aspects of intelligence: intellect, and wisdom. Intellect is the knowledge of names and forms, their character and nature, gathered from the external world. ... Wisdom is contrary to the above-named knowledge. It is the knowledge which is illumined by the light within; it comes with the maturity of the soul, and opens up the sight to the similarity of all things and beings, as well as the unity in names and forms. The wise man penetrates the spirit of all things; he sees the human in the male and female, and the racial origin which unites nations. He sees the human in all people and the divine immanence in all things in the universe, until the vision of the whole being becomes to him the vision of the One Alone, the most beautiful and beloved God.

Wisdom is the ultimate power. In wisdom is rooted religion, which connotes law and inspiration. But the point of view of the wise differs from that of the simple followers of a religious faith. Whatever their faith, the wise have always been able to meet each other beyond those boundaries of external forms and conventions, which are natural and necessary to human life, but which none the less separate humanity. ... Sufism takes away the barriers which divide different faiths, by bringing into full light the underlying wisdom in which they are all united.

When a person opposes or hinders the expression of a great ideal, and is unwilling to believe that he will meet his fellow men as soon as he has penetrated deeply enough into every soul, he is preventing himself from realizing the unlimited. All beliefs are simply degrees of clearness of vision. All are part of one ocean of truth. The more this is realized the easier is it to see the true relationship between all beliefs, and the wider does the vision of the one great ocean become. Limitations and boundaries are inevitable in human life; forms and conventions are natural and necessary; but they none the less separate humanity. It is the wise who can meet one another beyond these boundaries.

I very much agree with this post we all have many different beliefs but in all actuality there are many similarities. We are all human we all need love and to feel apart of something. If we take a deep look at ourselves and others we will see that we are apart of something, each other, and we must live our lives to our fullest, by helping others, taking care of our bodies, and finding our purpose here and now.

If one does not contemplate their own purpose in life how then will they live?

Do you know your purpose in life?

We must not allow ourselves to continue living careless lives, we are all here for a purpose one that will bring us to a destination of Love, Service to Others & Peace.

Yes I love it.

In our culture it is trial that wisdom is only surfaced among longer lived lives, it is nessesary for the younger adults to develop the keen of working out the suitable precaution intelligence so that the lamentable may not be so obvious.

I believe a real wisdom begins with real caring, in fact, wanting to improve is wise and it be sufficient to seek a diligent prosperous source.

A skilled word is good for the soul, and I like to insist that I not only enjoy the verse of quality but the spirit of the word even if the word be no matter what it be.

A rather enthusiasm always gets things done. 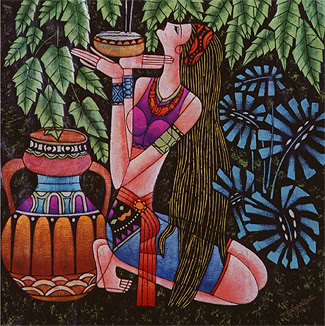 The seeker is replenished.

I'm doing much better Vibe Of Smooth thanks for asking, how about you?

Would love to hear more on this please keep the posts coming guys.

Thank you for your say, I am steadfaster to cooperate with myself too - I always have these themes at heart so I am raised better through such a principles than without.

The seeker is replenished.